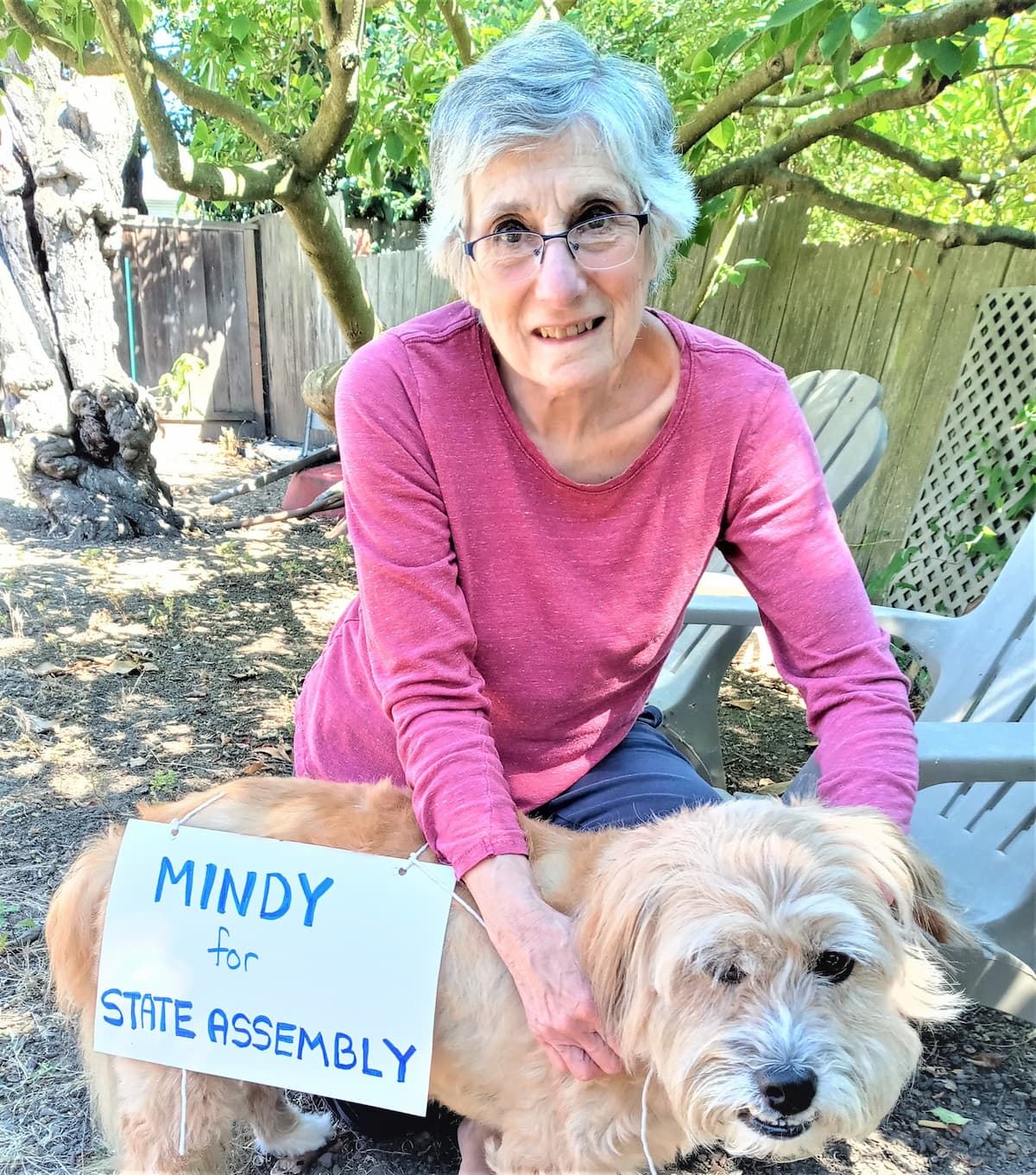 This Assembly seat is currently held by Mia Bonta, the wife of current California Attorney General Rob Bonta.  Rob Bonta held the seat before his wife.  Both Bontas faithfully represent all the failed policies which have left most residents of A.D. 18 deeply uneasy about their future, unable to promise their kids a better life, and ready for a new and radically different approach.  This is the state of mind here. You can contact Mindy’s campaign directly here.  We hope you get in touch and figure out a way you can help Mindy completely kick over California’s previously fixed political chessboard.

What Many Are Thinking

Confronted by a Washington establishment which seems to think it is now officially the Committee to Blow Up the World in a nuclear war with Russia, citizens are suddenly awake, rubbing their eyes, and thinking, like sleepers who suddenly awake.  Mindy is talking to them at events throughout the District every day.  Watching the world slide into an economic depression, a predictable result based on the money printing antics of the Fed and the deliberate shutdown of advanced fuels and our industrial and scientific capacities, these awakened citizens want now to discuss how we save the nation and the state and move to a prosperous future.  Everything else has become secondary.

The symptoms of collapse, of course, are all around them.  Most fundamentally, Newsom and Bonta are zealots for the Green Zero Carbon Agenda, which is collapsing economies throughout the world and in California.  Mindy is steadfastly opposed to this.  She wants to construct a full set modern industrial and advanced science platform, like those which once dominated the state and provided a high standard of living for all of its citizens.

Instead, a water and electricity crisis threatens the health and physical safety of every California citizen, it’s remaining industry, and the nation’s food supply. It could be readily solved through desalinization and advanced nuclear power.  Rampant crime, with citizens left on their own, without police, confronting violent criminals, flows through radical District Attorneys and hostility to funding and supporting police.  Deliberate menticide against youth is committed each day from uncontrolled Fentanyl distribution and a rotten educational system.  A spiraling drug and homeless crisis engulfs major cities while California’s power brokers throw millions to their allies for “solutions” which only aggravate and expand the crisis.  There is a frontal assault on the laws of biology and science as gender fluidity, degradation of language, and degradation of our own history become the latest in a long line of tools through which the population is dumbed down and controlled.

Mindy is a classically trained musician.  She is a long-time associate of the late Lyndon LaRouche. LaRouche who forecast the civilizational crisis we now face and developed the palette of policies and method of thinking to solve it.  She shares the guts, determination, and dedication to the forgotten men and women of this country represented today by Donald Trump but foreshadowed by George Washington, Ben Franklin, Abraham Lincoln, and Franklin Roosevelt.  Against this, Mia Bonta is just another failed California politician devoted to the cultish religion of the present Democratic Party.  For years Bonta has taken funds from her progressive allies in order to raise Oakland’s child literacy.  Typically, Bonta’s efforts have failed, miserably.  Children in Oakland’s schools have an abysmal reading proficiency of 34%.  Bonta refuses to debate Mindy for obvious reasons.

LaRouche PAC will be posting weekly about Mindy’s campaign as it evolves and sending these updates out to our readers in California.  We are counting on you to help them get as wide a circulation as possible, particularly to people you may know in California A.D. 18.

In all she does, Mindy exemplifies honesty, fairness, and thoughtfulness. Mindy will use those qualities to be tough on crime, strong on borders, strong on trade, proud of our heritage, and proud of our American values.