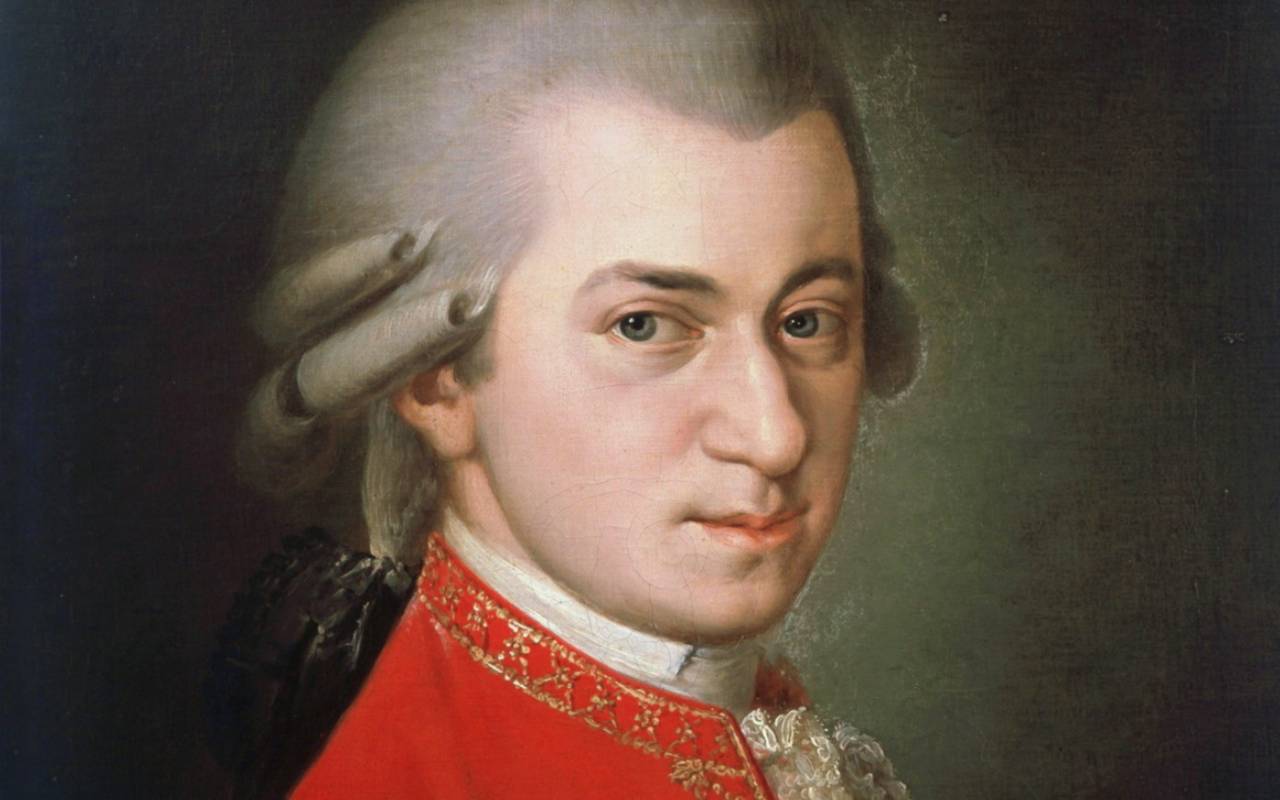 This posthumous portrait of Wolfgang Amadeus Mozart was painted by Barbara Kraft atthe request of Joseph Sonnleithner in 1819, long after Mozart died.
Today is the 266th birthday of a very dear friend of mine, Wolfgang Amadeus Mozart. In this short post, I cannot take you through the wonderful journey to know Mozart through his music, but I hope this will inspire you to listen to his music in ways you never have before.

Mozart was both a musical and political revolutionary, as were his friends before him, like J.S. Bach, or his contemporary Joseph Haydn, and later Beethoven, Brahms, Schubert, Clara and Robert Schumann, and Verdi.

Today we have been robbed of the beautiful unity of culture, science, and self-government, and it is this unity which grows the population, its culture, and its powers of reason. It is time to create the next revolutionary leap by owning this principle, as Mozart did, and through our actions, create a new political leadership shaped by the principles which created our nation.

Mozart lived at a time of upheaval, like today, when the young America was struggling to become a new nation. Mozart was a devout ally of the American fight and knew that if Europe and the world were going to be free of Empire, then all people had to help win the American Revolution. Mozart's father Leopold even wrote to his son Wolfgang while he was in Paris, on April 6, 1778, saying, "Write and tell me whether France has really declared war on England. You will now see the American Minister, Dr. Franklin. France recognizes the independence of the 13 American provinces and has concluded treaties with them."

Mozart knew that the new school of British liberalism was the real enemy. In 1778, Mozart wrote to his father upon the death of Voltaire, who had been a leading agent of British liberalism. He wrote, “Now I have a piece of news for you which you may have heard already, namely, that that godless arch-rascal Voltaire has pegged out like a dog, like a beast! That is his reward!”

Following the success of the American Revolution, the year 1782 was crucial for Mozart’s own discovery in composition. Through the republican circles in Vienna, it was Baron van Swieten who brought Mozart and Haydn into his musical evenings. It was there where the works of J.S. Bach were finally renewed, studied, and played. These musical evenings were not only a revival of Bach’s works after decades of suppression, but also held in direct defiance of the ruling elite, especially the British Empire, which did not want Bach's discoveries enriching the culture of the continent, nor the newly independent American colonies.

These insights from Bach along with his collaboration with Haydn, led Mozart to develop a new breakthrough in musical modality, a quality captured in his revolutionary “Haydn Quartets.” Mozart’s new compositions, including his last, his immortal “Requiem,” was a testament to Bach’s mastery of the fugal process and its role in fostering new creative insights. This musical revolution was nothing less than a new discovery into the creative process itself, something Mozart knew was critical for successful self-government.

Mozart died at the young age of 35. As Lyndon LaRouche asserts, the "Austro-Hungarian secret police have remained the leading suspects" in Mozart's death ‟down to the present time.” His death came shortly after the first performance of his opera, “La Clemenza di Tito,” and at a time when his pro-American Independence friends had also suspiciously died.

One of his last works was a prayer in Latin entitled “Ave Verum Corpus,” or “Hail True Body,” which takes up the life and death of Christ. In this beautiful and incredibly short composition, Mozart puts before the listener the challenge of leadership. The composition’s last words are “in mortis examine" - in the test of death. Christ has died. Will you now take up his cross and carry forward “in the test of death”? Can you go to your grave with a smile on your face, knowing that with your passing life you have stayed true to the ancient truths, and brought forth new discoveries which future generations can build upon. That is true immortality, that is the true secret to a life well spent. See my presentation on Ave Verum.

It is this passion which governed everything Mozart composed. For Mozart looked to inspire the population of his time, as well as all future generations to come. He hoped to help them find their inner strength, to fight for truth, to overthrow the Empire, and create real nations. To this day, the music of Mozart brings forth new breakthroughs and moves the mind and soul to new heights of discovery.

For that, we sing, Ave Mozart!

I offer my leadership to creating a culture of development!